Ivermectin, Hydroxychloroquine: Effective Treatments for COVID-19 and How To Get Them

💨 Get to this page quickly by typing https://fearunmasked.com/treatments

Despite what you see in the media, government and social media outlets, there are safe and effective treatments for COVID-19.  When evaluating medications you should always look at the data and stay away from emotion and fear.  As consumers and citizens we are constantly bombarded by messages with an agenda.  Why do you suppose proven drugs are demonized by the big players?  Could it be that the goal is to promote the vaccines?

For example, most of the first page of a search results on Google will portray both ivermectin and hydroxychloroquine in a negative light. 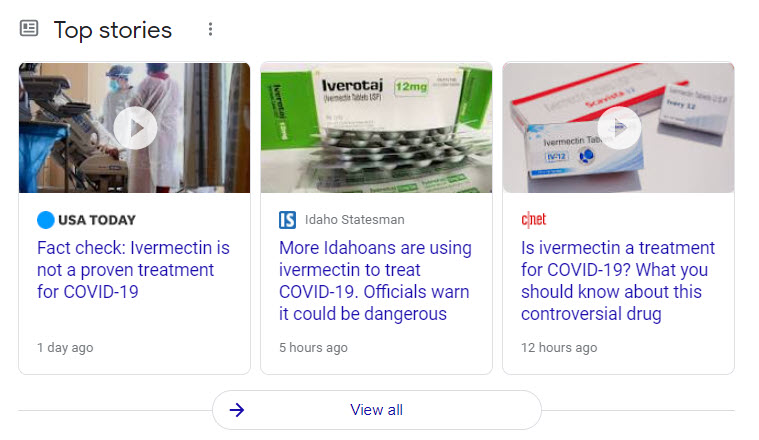 Paid ad from the World Health Organization when searching “hydroxychloroquine” in Google:

Let’s do our own research and look at the data to get a better picture of our options.

Ivermectin is a medication that is used to treat parasite infestations. In veterinary medicine, it is used to prevent and treat heartworm and acariasis, among other indications. It can be taken by mouth or applied to the skin. It belongs to the avermectin family of medications and works through many mechanisms of action that result in death of the targeted parasites.

Ivermectin was discovered in 1975 and came into medical use in 1981. It is on the World Health Organization’s List of Essential Medicines and is FDA-approved as an antiparasitic agent. In 2018, it was the 420th most commonly prescribed medication in the United States, with more than one hundred thousand prescriptions.

Louis Gossett Jr., a famous actor known for his movie and TV roles in An Officer and a Gentleman, Iron Eagle, The Bill Cosby Show, Roots, Return to Lonesome Dove and some 200+ other titles, recently had a bout with COVID-19. He was so weak that he could not stand, so he checked himself into a hospital, but he left before being treated.  As his condition worsened, a physician directed him to FLCCC. The famous actor inquired further and asked his physician for ivermectin, which interrupted the SARS-CoV-2 processes. He believes it saved his life.

There is a mountain of evidence as to the effectiveness of Ivermectin when treating COVID-19.  The site C19Ivermectin.com and its sister site, IvmMeta.com, shows numerous studies and results in favor of this drug.

In one such study, Favorable outcome on viral load and culture viability using Ivermectin in early treatment of non-hospitalized patients with mild COVID-19 – A double-blind, randomized placebo-controlled trial, “there were significantly lower viral loads and viable cultures in the ivermectin group, which could lead to shortening isolation time in these patients.”

Australian member of Parliament (MP) Craig Kelley promotes Ivermectin (and was deplatformed from Facebook) and tweeted that Uttar Pradesh, a state in northern India with a population of 230 million, “smashed the scary Delta variant” with Ivermectin. Brazil’s President Jair Bolsonaro, who himself was deplatformed from YouTube, has also argued in favor of the use of the medication to treat Covid-19.

Front Line COVID-19 Critical Care Alliance, FLCCC, lists Ivermectin as a prevention and treatment protocol for COVID-19.  Since 2012, numerous in-vitro studies began to report highly potent anti-viral effects against a diverse array of viruses, including SARS-CoV-2 along with numerous anti-inflammatory and immuno-modulating effects. Their “totality of the evidence” supporting ivermectin was published in The American Journal of Therapeutics in April, 2021:

Jump to How To Get Safe, Effective Medications for COVID-19 section to see how to get ivermectin.

Bayer invented the medicine chloroquine in 1934, and it has been used for decades to treat malaria throughout the world. Hydroxychloroquine was invented during World War II to provide an alternative with fewer side effects.

Hydroxychloroquine, sold under the brand name Plaquenil, is also used by patients with autoimmune diseases such as lupus and rheumatoid arthritis to control inflammation.

The data from several hydroxychloroquine trials also suggests it is also a useful treatment for COVID-19.  The site C19HCQ.com shows convincing studies and outcomes in favor of this medicine.

According to the Association of American Physicians and Surgeons (AAPS), hydroxychloroquine has about a 90 percent chance of helping COVID-19 patients. The article states, “The antiviral properties of these drugs have been studied since 2003. Particularly when combined with zinc, they hinder viral entry into cells and inhibit replication. They may also prevent overreaction by the immune system, which causes the cytokine storm responsible for much of the damage in severe cases.”

Their executive study from April 2020 declares, “The HCQ-AZ (hydroxychloroquine and azithromycin) combination, when started immediately after diagnosis, appears to be a safe and efficient treatment for COVID-19, with a mortality rate of 0.5%, in elderly patients. It avoids worsening and clears virus persistence and contagious infectivity in most cases.”

President Donald Trump was probably the most famous advocate for hydroxychloroquine. He took it as a preventative measure when one of his staff contracted the virus.

President Trump said he consulted with the White House doctor about taking HCQ. The FDA issued an Emergency Use Authorization for hydroxychloroquine on March 28, 2020 for patients hospitalized with severe cases of COVID-19. The FDA revoked the EUA on June 15, 2020, stating that the “FDA determined that chloroquine and hydroxychloroquine are unlikely to be effective in treating COVID-19 for the authorized uses in the EUA.”  Of course, this conclusion contradicts the data in the trials presented here. 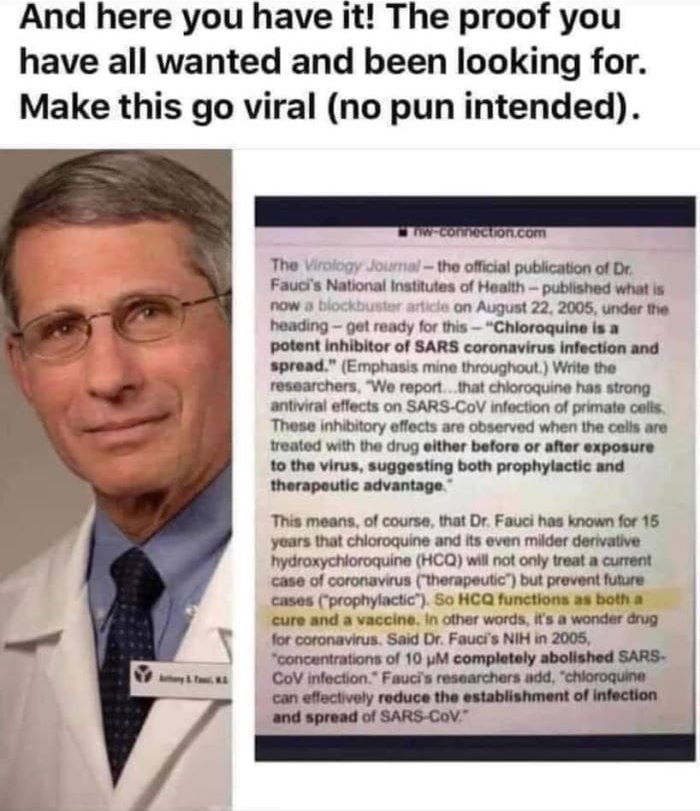 How To Get Safe, Effective Medications for COVID-19

Note: We have no association with either FLCCC, AFLDS, or Push Health, nor have we used any of these services.  You contact these organizations for assistance and use their products and services at your own risk.

Study: Americans With PhDs Most Reluctant To Get Vaccinated Against COVID One Virus Case Puts New Zealand Into Nationwide Lockdown

Famous People Who Have Contracted COVID-19 After Being Vaccinated

No FDA-Approved COVID-19 Shots Are Available Yet – Agenda to Push Mandates?

Another Canadian Pastor Arrested For Not Enforcing COVID Restrictions